In her own words, Nyokase Madise, who plays Annetti in Zathu, describes how a visit to a local youth club in Malawi has inspired her to ensure their stories are heard.

Recently, I was invited to the UMOZA* youth club in Malawi, which has a very special program of rehabilitating former street children by providing counselling, creative activities, sports, technical and life skills and educational support. The club requested for their favourite Zathu character, “Annetti” (herself a former street child), to come and see them, and I was only too happy to go and give them some words of encouragement, answer their questions and hear their thoughts.

Our Zathu brand ambassador Atupele visits UMOZA at least twice a week, during which the club members listen to and discuss the Zathu Pa Wailesi radio show, as well as dance and sing along to our music and videos. It turns out they love the show so much that some of them wrote their own songs about Zathu, friendship, and chasing their dreams. Others were even brave enough to share their personal stories.

The moment I entered UMOZA club the boys and girls cheered with excitement and some even called out “Annetti!” However, not everyone knew what Zathu was, as there were new members joining the club every week. So, when my time came to speak, I first introduced myself and explained what Zathu means to people, as well as my character’s background. After that I shared words of encouragement I had prepared, including how it is important to stay positive and refrain from violence no matter what bad words people call them or if we’re feeling unheard or alone. I also highlighted how important it is to stay at the club because that is where they can learn helpful skills and make good friends who will support them and will be there for them in their time of need – and they can catch our show at the club every single week and share their thoughts about it!

It turns out they love the show so much that some of them wrote their own songs about Zathu, friendship, and chasing their dreams.

When the time came for them to ask questions, one boy simply stood up and says he likes how Annetti is now going to school in season two after not being in school in season one. Another girl named Naomi asked if it’s okay for a boy and a girl to be just friends, and what to do if people start gossiping about their friendship, to which I referred her to Annetti and Xander’s friendship in Zathu as an example of how a boy and a girl can be supportive friends despite what other people have to say. I noticed almost immediately after Naomi’s question that the boys and girls were divided, girls sitting on one side and boys on another… and I realised that such instances are why Zathu is needed in our communities. But, from the evident confidence that Atupele says the UMOZA club members have gained since engaging with Zathu brand ambassadors and listening to our radio show, I am more than hopeful that the segregation between the boys and girls will soon dissolve.

After our chat, the club members and I sang the Zathu band songs Sitigonja and Zimatere. I was really flattered that they knew every word of Annetti’s verses in the songs. They then taught me one of their own songs, a traditional melody talking about how we should be happy that Zathu and UMOZA are doing things together and we should celebrate it. As I was leaving, many members of the club came up to me to say how much they love the show and how our characters inspire them, and some of them even wanted to know if they could join ZATHU. One young man even wanted to show me his drawings and asked how Zathu can engage visual artists like himself. 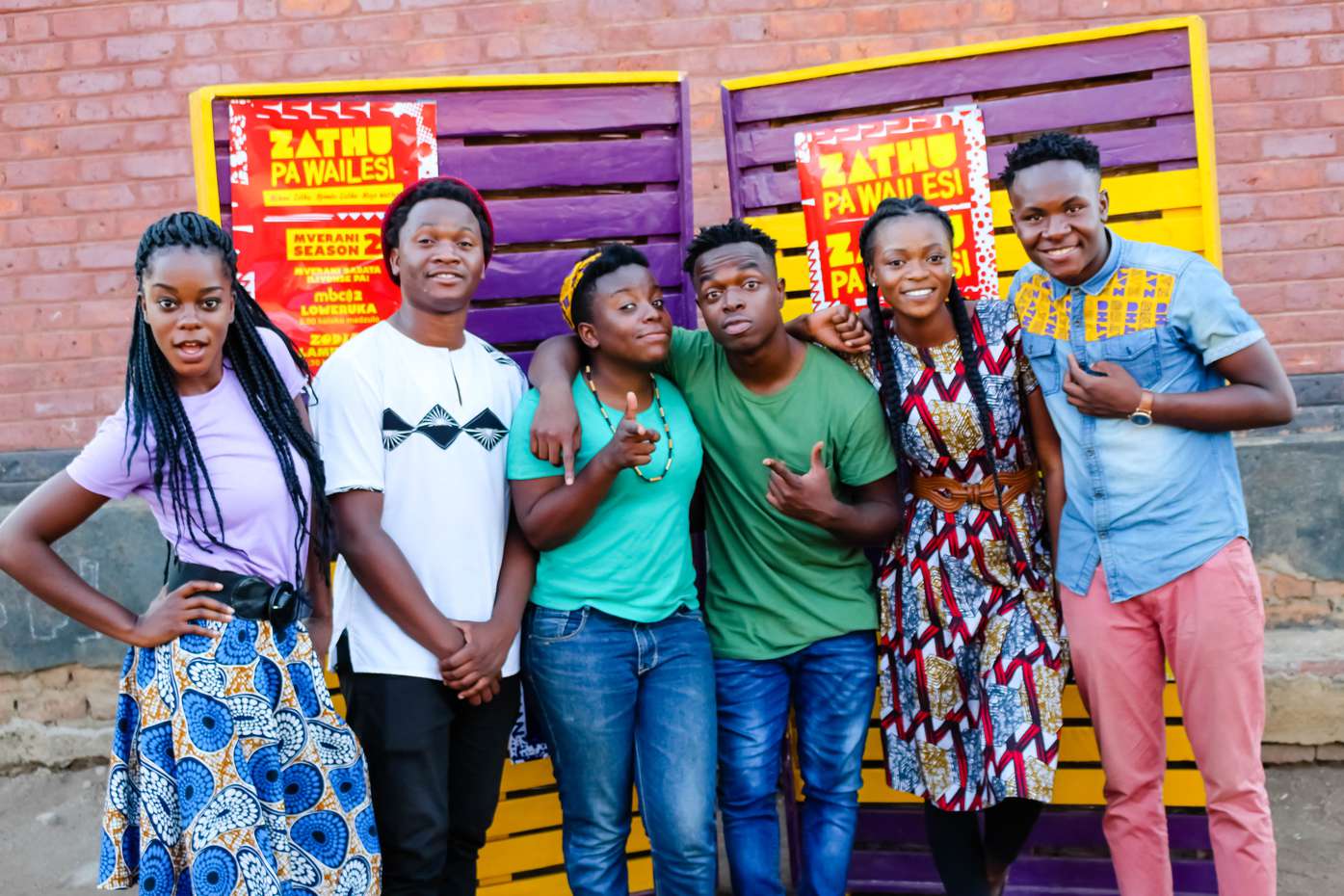 The story that touched my heart the most belonged to a 10-year-old girl named Lizzy, who became a street child because of the abuse she faced at home from her grandmother. Before joining UMOZA Lizzy hated school, was always acting up and lacked confidence in herself. Now, with the help of Zathu Pa Wailesi which she listens to at the youth club, Lizzy has learnt the value of friendship, is now working hard in school and has gained the confidence to express herself and mingle with both girls and boys. She says Mphatso is her favourite character in Zathu because she inspires Lizzy to achieve her dream of being educated.

Visiting UMOZA youth club was a real eye-opener. I saw what young people who share Annetti’s story really face in their everyday lives. From my interactions with the young people at UMOZA I learnt that a little bit of hope goes a very long way. I owe it to them to make sure that, through Annetti, their stories are heard and that they and many others know that they are not alone, and a brighter future is possible.

Find out more about Zathu.

*Girl Effect is not responsible for content on external sites.