Ni Nyampinga girl journalist Nicole tells us what it was like interviewing the inspirational Sheryl Sandberg.

In October 2016 Ni Nyampinga girl journalist Nicole Isimbi interviewed Sheryl Sandberg, chief operating officer at Facebook, founder of the Lean In movement and champion for women in leadership roles around the world.

Meeting over video conference 9,000 miles apart – from the West Coast of the US to Kigali in Rwanda – the two women found common ground discussing role models, their families, social media and their experiences as teenagers.

Nicole, 21, was picked from more than 700 applicants to become a Ni Nyampinga journalist and regularly interviews girls from all 30 districts of Rwanda about their lives, the challenges they face every day, what inspires them and what worries them.

Nicole said that interviewing Sheryl, one of the world’s most powerful and inspirational women, was an exciting challenge: “After researching her, I saw that she was a woman who had achieved so many things and I was so honoured to speak with her. 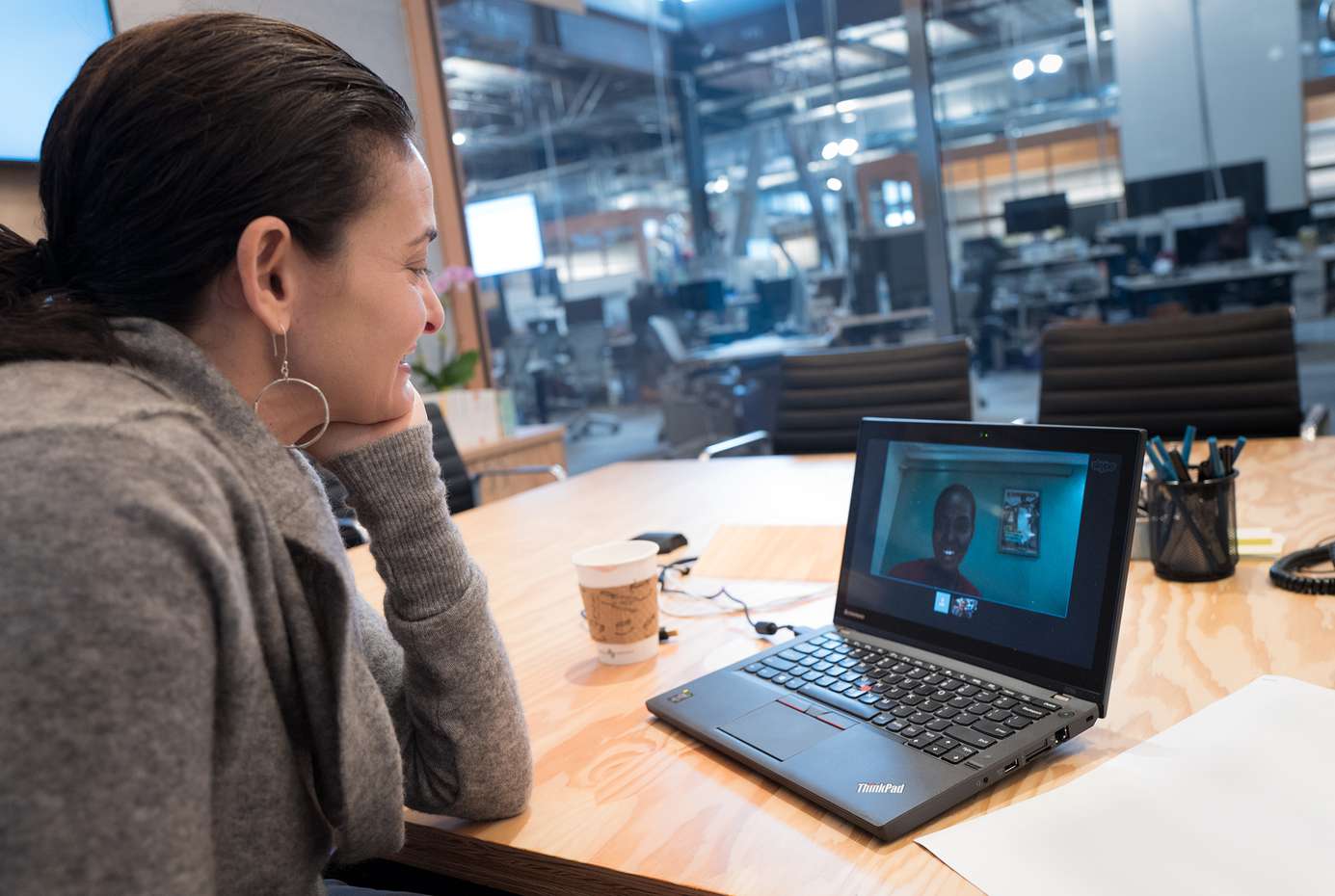 “When we started the interview I was so nervous. But because of the way she was talking – she was really free and open, and opened herself to the interview – I became relaxed.

“When she talked […] about her personal life […] I thought that it was going to be so professional – strict, no fun, no laughing. But when I was in the interview I thought: ‘Is this her? Is she always fun like this?’ I was so happy that she could be open like that with me and Ni Nyampinga.

“When I asked her about her teenage years, she told me that when she was 17 one of her friends left her, perhaps because she was a bit more shy than other girls. But she looked for a way to overcome that by making new friends who were actually achieving more. I think it’s a story that teenage girls in Rwanda can relate to because, most of the time, girls here feel shy at that age for many different reasons. But from Sheryl they can learn to be a good friend to others and to become a better person through friendship.

“I liked what Sheryl said about women supporting each other to achieve and overcome struggles that they face in their lives. It reflects what we are trying to achieve through Ni Nyampinga, and particularly through our ‘Turamurika: Together we Shine’ campaign message. 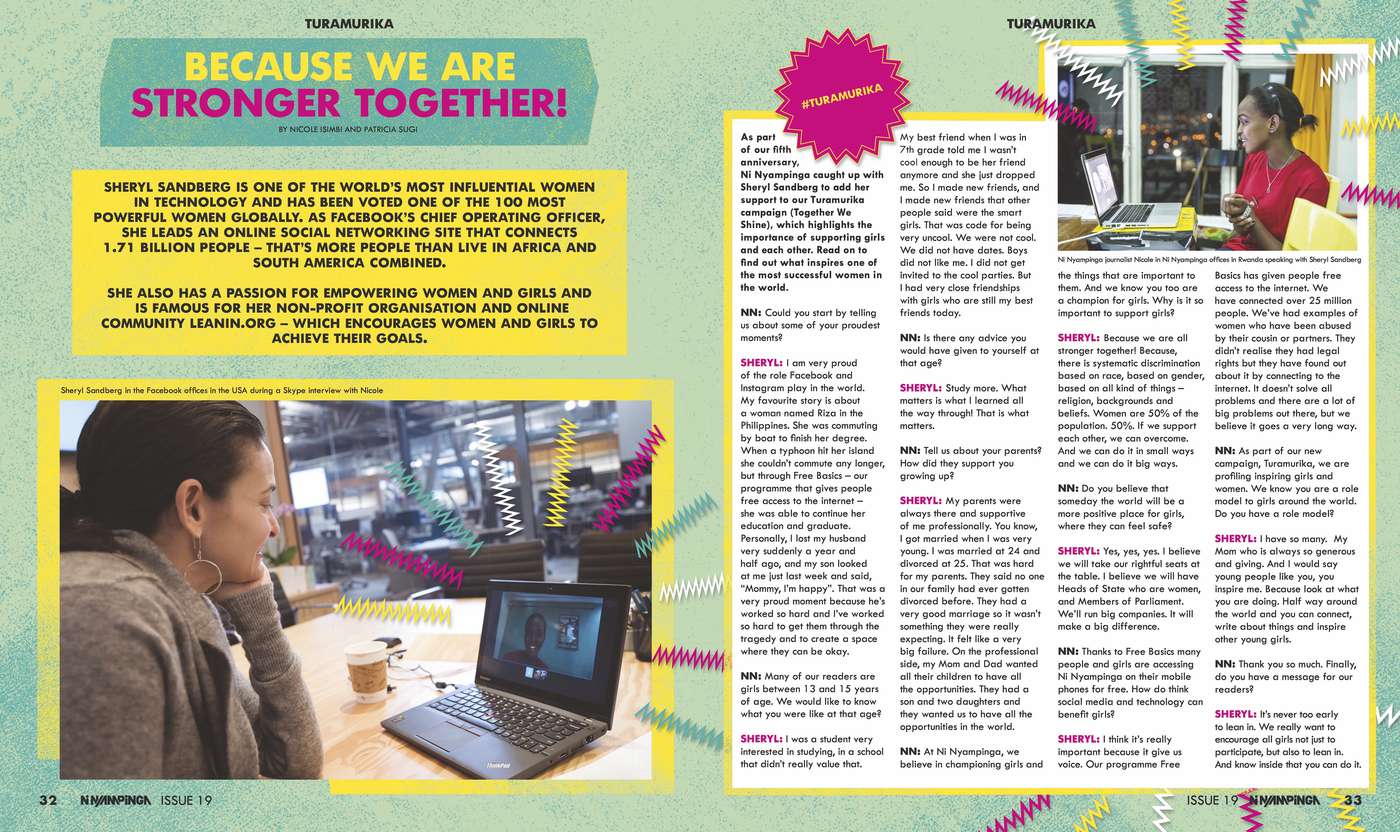 The full interview with Sheryl Sandberg was published in the 19th edition of Ni Nyampinga in early February 2017.