In 2017 Girl Effect, alongside PEPFAR Dreams, launched our latest youth brand ‘Zathu’ in Malawi. Through music, radio and drama, Zathu is dedicated to bringing youth together and, by doing so, tackling the disproportionately high rates of HIV in young girls.

On World Aids Day, we are celebrating our innovative work with PEPFAR Dreams with a personal story from Zilanie Gondwe. Zilanie works with Girl Effect in Malawi, and has dedicated her life to working in media and female empowerment in her country.

Zathu – the New Brand on the Block

The traditional beer had been given the ancestral blessing and the fattened chickens slaughtered in honor of the important visitors. Various foods including goat offal curry were simmering in the clay pots in the fire place and the nsima was almost ready to be served when my daughter rushed into the kitchen exclaiming, “They’re here Ma, they’re here!”

My staff beat drums and we ululated our happiness as they embarked from their hired vehicle. As soon as Will, the two Matts and James from Girl Effect were seated on the veranda, we washed their hands and served the water of welcome.

Isaac, our gardener, opened the evening with a formal recital of my lineage and explanation of the various foods on the menu. I explained that apart from Isaac who would eat with the guests, the girls and women would wait in the kitchen until the men had eaten and whatever was left over is what we would eat. The Girl Effect team were mortified and protested but we insisted. They must have figured out we were teasing them and they did eat every dish we served!

I had read about Girl Effect but I was also cynical. Like every Malawian, I had nursed and lost family members, friends and colleagues through AIDS. As a feminist and single mother of an adopted 13 year old girl, the unequal stratification of the sexes and harmful traditions impacts me and my child. Having worked in many gender programmes, campaigns and interventions including the passing of new laws protecting and empowering girls and women I wear my battle scars with pride. If I was going to be part of the Malawi story, Girl Effect was going to have to convince me that they were different than the myriad organisations selling social impact lemonade.

I chose to welcome them into my home this way because I wanted them to understand that my private school education and feminism didn’t detract from my Malawian-ness; our culture is deeply rooted in me. After dinner, we sat under the stars and talked for hours. We shared stories and the visitors explained why Malawi was a country Girl Effect with its experience in brands could make measurable impact. By the end of the evening, I could begin to see how my heart’s work in gender, the arts and media could all be fused into something new, exciting and really huge. 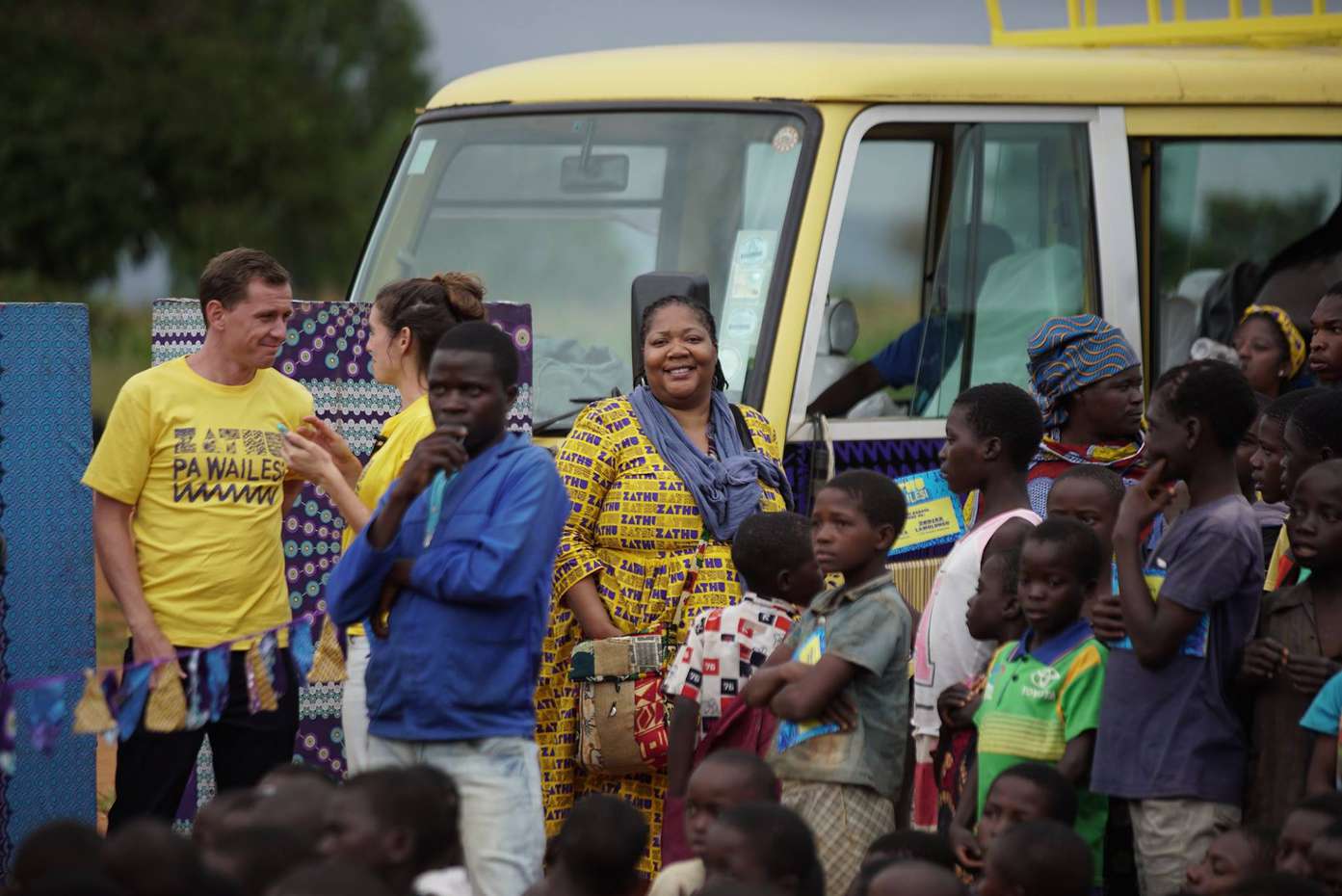 Eighteen months later, we have entered the second season of Zathu Pa Wailesi. Since launching the Zathu brand in April, we can see it is creating that snowball-to-avalanche effect. Almost daily I meet teens or people through various interactions who are not only aware of the brand but who are enthused about it. The radio drama, the music and videos, the inspiring real stories and much loved Gogo are being interwoven into the country’s story.

I am fortunate to come from a family that immediately embraced our HIV positive members when society hid them in closets. My family believes in gender equality, encourages creativity, self-expression and upsets the apple cart on traditional roles. However, I live in a society that largely does not. Working with Zathu means I contribute to change – through a brand that is rooted in Malawian culture, creativity and real youth engagement.

‘Panga Zako’ is the most popular single and video we have launched to date. Kids tell me they love it because it not only a cool song but it’s also a little sassy; the message says everything.